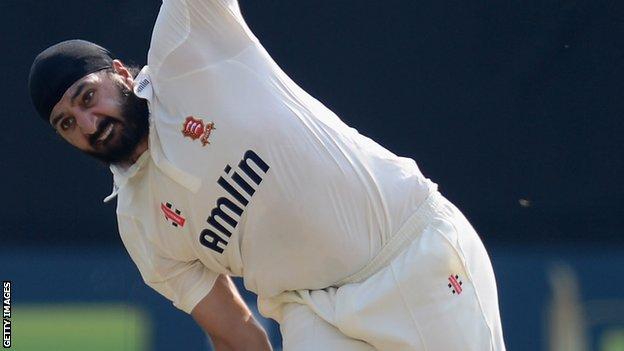 Essex spinner Monty Panesar has received a suspended one-match ban from County Championship action after accepting a charge of misconduct.

The suspended ban applies to the County Championship and will be applicable for the 2014 season.

This week Panesar was named in

But he has yet to arrange a county side for next summer, with his loan spell at Essex having finished and parent club Sussex intending to release him.

The ECB Cricket Discipline Commission said Panesar was twice involved in incidents where "his actions were potentially threatening and intimidating towards a member of the opposition".

Umpire Peter Willey had to intervene between Panesar and Whiteley in the game won by Essex.

Earlier this season Panesar, 31, was the subject of an internal club investigation at Sussex after being fined by police for urinating on nightclub bouncers.