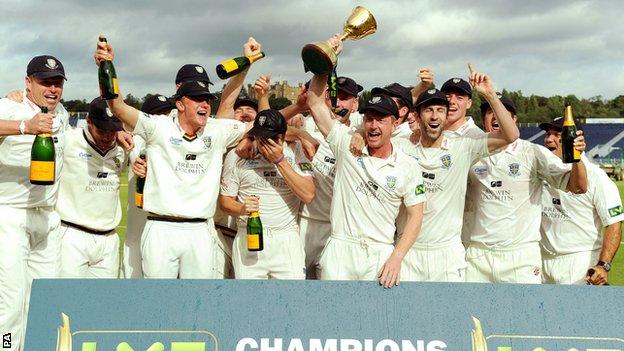 All the signings, moves and news from every county in the build-up to and during the 2014 season.

Counties are allowed to field two overseas players in Twenty20 games, with up to four registered for that competition - although only two can be registered at any one time, and registrations must be for a minimum of 10 days.

Only one overseas player is permitted in the County Championship and One-Day Cup competitions.

Players who moved counties during the 2013 season are included on the 2013 list. Have we missed anyone? Please let us know.

Other news: Jon Lewis has become first-team coach, with director of cricket Geoff Cook taking on a youth remit, while Mark Stoneman has become limited-overs captain. The club have dropped their "Dynamos" limited-overs nickname and will be known simply as Durham in 50-over cricket, while they will assume the name of "Durham Jets" in the Twenty20 competition.

Other news: Hugh Morris has become chief executive and managing director, with Toby Radford replacing Matthew Mott as head coach. Mark Wallace will captain the Championship and 50-over sides, while Allenby will lead the Twenty20 team.

Other news: Mark Thorburn has been appointed bowling coach and will combine the role with his existing position as high performance analyst. Coach Richard Dawson has left to take charge of Yorkshire's second team.

Other news: The county have dropped their "Royals" limited-overs nickname for 2014 and will just be known as Hampshire. Former Durham batsman Dale Benkenstein has joined as first-team coach.

Other news: James Tredwell has resigned as captain, with Rob Key returning for a second spell as skipper, and Sam Northeast becoming vice-captain. Former batsman Matt Walker has rejoined as assistant coach.

Other news: Captain Glenn Chapple will take over as head coach for the remainder of the season, after Peter Moores left to lead England, and he has added retired ex-skipper Mark Chilton to the coaching staff.

Other news: Chief executive Mike Siddall will leave at the end of the season.

Other news: Eoin Morgan has lost his England central contract but been named as Middlesex's limited-overs captain.

Other news: Kyle Coetzer will captain the T20 side in 2014 as Alex Wakely has been ruled out for the season with injury.

Other news: Chris Read has relinquished the limited-overs captaincy to James Taylor (who will be Championship vice-captain). Coach Paul Johnson has left the club, while former seamer Andy Pick has rejoined Notts as bowling coach, all-rounder Paul Franks has been named second XI captain, and Chris Adams has joined as a consultant batting coach.

Other news: Graham Ford has become head coach, with Alec Stewart taking on the new title of director of cricket. Gary Wilson will captain the side in the absence of Smith, who was ruled out for the rest of the season with a knee injury and will now not be returning in 2015.

Other news: Bowling coach Graeme Welch has left to become elite cricket performance director at Derbyshire, with Worcestershire bowler Alan Richardson joining as his replacement. The county will be known as "Birmingham Bears" in Twenty20 cricket from 2014. Varun Chopra has replaced the retired Troughton as captain.

Other news: Kevin Sharp has been confirmed as batting and second XI coach following the death of Damien D'Oliveira, while bowling coach Matt Mason will also serve as Rhodes' assistant. The county have dropped their "Royals" limited-overs nickname, but will be known as the "Rapids" only in Twenty20 cricket.

Other news: Joe Root is now centrally contracted by England but he has also extended his Yorkshire contract. Second XI coach Paul Farbrace has left to take charge of Sri Lanka, he is replaced by Richard Dawson, who joins from Gloucestershire, while former fellow former player Ian Fisher has returned to Headingley as strength and conditioning coach, a role he held at Essex.