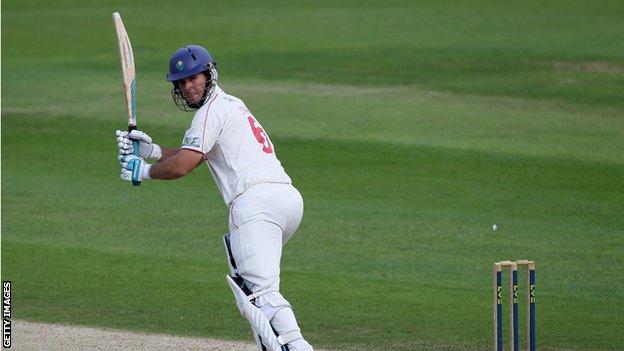 Glamorgan's Jim Allenby scored 85 to take them within four runs of Gloucestershire's total at Cardiff.

Tom Smith (31 not out) had earlier stretched Gloucestershire's score to 275 and earn an extra bonus point.

In reply, the visitors were soon 12-2, but Allenby and Chris Cooke (50) rebuilt with a stand of 56 before the latter was bowled by Matt Taylor.

Allenby later became slip fielder Chris Dent's fourth catch of the day, but the tail wagged to see them to 271-9.

Ruaidhri Smith made 39 before falling to the persistent Will Gidman (4-64) and Dean Cosker (19 not out) and Mitchell Hogan (16 not out) took Glamorgan to stumps, hitting seven boundaries between them.