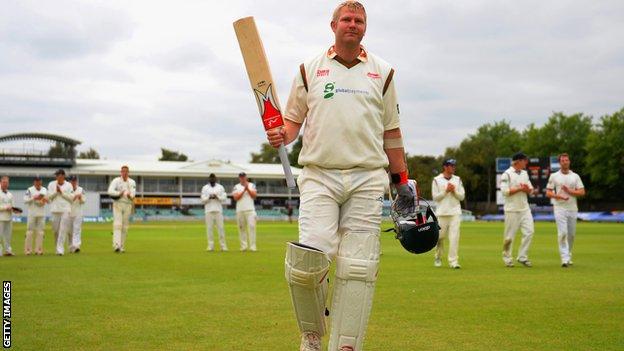 Both sides forfeited an innings to set up a run chase after Hampshire declared on their overnight 364-2.

Leicestershire, without a win all season, sank to 36-5, before Tom Wells saved face with 80 off 77 balls.

Coles and James Tomlinson (4-60) bowled them out for 184 with Matthew Hoggard three not out in his final game.

The former England seam bowler, who announced his retirement earlier this month, was applauded to the middle and faced 16 balls in all before Tomlinson brought the game to an end by having Alex Wyatt caught at mid-wicket by Sean Terry.

Apart from 20-year-old Wells, only two other Leicestershire batsmen passed 20, and there will be plenty for the club to reflect on over the winter after a season in which their only victories came in limited-overs cricket, but even these were not enough for them to progress beyond the group stage of the FLt20 or YB40 competitions.