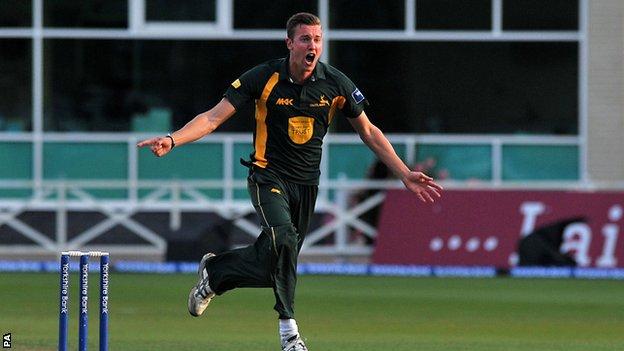 Nottinghamshire seam bowler Jake Ball has been ruled out of the YB40 final against Glamorgan on Saturday with a back injury.

Ball has been a key figure for Notts in the run to this season's showpiece final at Lord's.

The 22-year-old has taken 19 wickets in the competition and he was named man of the match in the semi-final win over Somerset at Trent Bridge.

But Notts will have England duo Stuart Broad and Graeme Swann available.

The centrally-contracted pair, who helped England win the Ashes this summer, have been made available by the England and Wales Cricket Board.