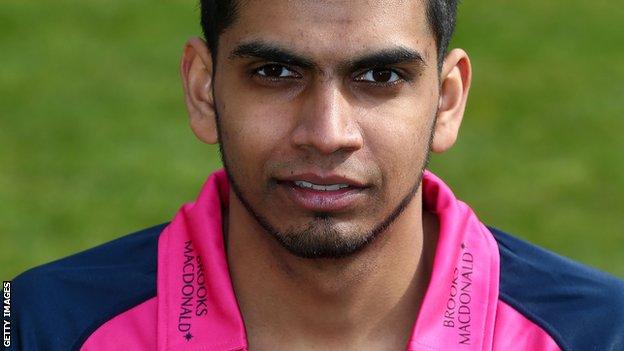 Middlesex spinner Ravi Patel has signed a new three-year contract, keeping him at the club until 2016.

The 22-year-old has taken 54 wickets for Middlesex at an average of 26.50 across all forms of the game.

In 11 first-class matches, Patel has taken 40 wickets at an average of 28.

"Ravi has continued to make good progress. We believe he has the potential to become a fine bowler," said director of cricket Angus Fraser.

"Since recovering from the hand injury he sustained during pre-season he has been in most, if not all, of our red and white ball squads.

"We have always rated Ravi as a first-class bowler but in 2013 he showed how adaptable and smart he is by being extremely effective in Twenty20 cricket.

"He is not the finished article and is aware that there are areas of his game that he needs to work."