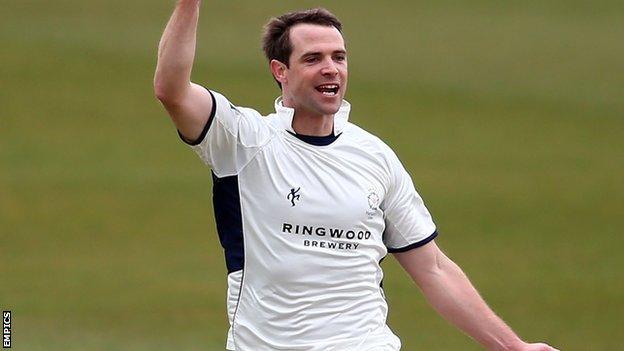 Only 90 minutes' play was possible at New Road as Worcestershire's County Championship match with Hampshire was again hit by the weather.

Hampshire paceman James Tomlinson took two of the three wickets to fall, to end the day with figures of 3-51.

Worcestershire go into the final day still needing 90 to avoid following on.

Moeen Ali, the County Championship's leading run scorer, added just four to his overnight total, before he was leg before to Tomlinson for 32.

That took his run tally for the Division Two season to 1,331 in 15 matches - still the best by a Worcestershire batsman in the Championship in eight years, since Graeme Hick's aggregate of 1,349 in 2005.

Tom Fell also made 32, while Ross Whiteley was 35 not out when bad light and rain ended play in mid-afternoon.