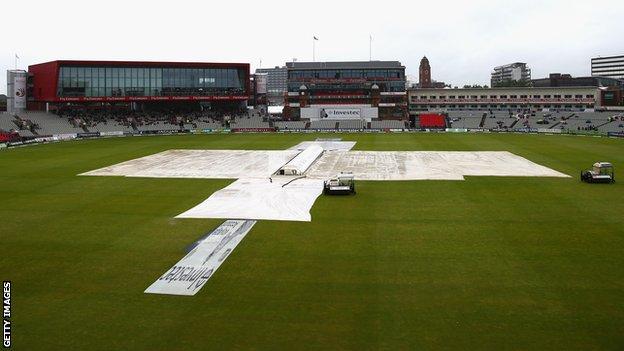 Lancashire's hopes of confirming their promotion to Division One are likely to be put on hold after rain left them frustrated at Old Trafford.

Luke Procter (44), Alex Davies (30 not out) and Tom Smith (30) all contributed towards the hosts securing full batting points, before declaring on 453-7.

With better weather forecast, the Red Rose now require 17 wickets on the final day to secure the win which would confirm their promotion back to Division One.

Meanwhile, Leicestershire's Ben Raine has been handed a one-year contract.

The 21-year-old all-rounder, who is playing in his third Championship game for the club, took 1-59 in Lancashire's first innings.

But Robbie Williams, who last played a first-class game for Leicestershire at the end of May, has not been offered a new deal.