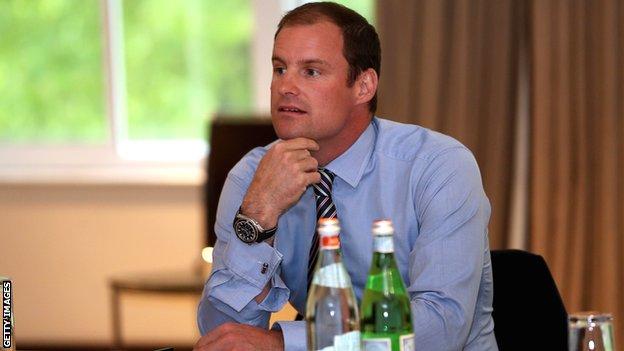 Former England captain Andrew Strauss will decide in the next two weeks whether to pursue the England and Wales Cricket Board's managing director role.

"One of the things you've got to be very careful with is to understand the actual job properly," said Strauss, 36.

"I've seen Hugh Morris do parts of his job, but not the whole job. I'm looking into it but they're decisions that need to be made in the next two weeks."

Strauss retired from all forms of cricket in August last year, having captained England in 50 of his 100 Tests and scored 7,037 Test runs at an average of 40.91, leaving him ninth in his country's all-time list of run-scorers.

His assured press conferences during a distinguished playing career, in which he led England to home and away Ashes series wins, led to suggestions he would be ideal for an administrative role.

Last year he was appointed to the International Cricket Council's cricket committee, which meets twice a year to consult on playing matters and offer recommendations on technical issues and rules.

Strauss, who added the London Marathon to his list of accomplishments in April before working as a television pundit during this summer's Ashes, said: "There's obviously an application process for that MD of England cricket job.

"No doubt there are going to be a lot of good candidates looking to do the job.

"I'm always looking for opportunities and I will continue doing so.

"I really enjoyed doing the commentary stuff. I'm very passionate about the game of cricket and want to contribute to it.

"In exactly what way that is, kind of remains to be seen a bit."