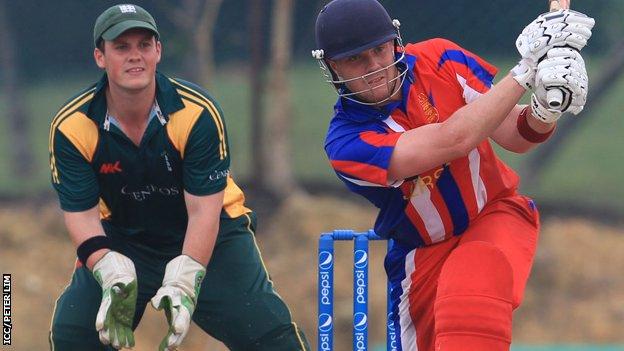 Jersey claimed a 14-run win over rivals Guernsey in the annual inter-insular clash between the islands.

Batting first at KGV after being put in by their opponents, Jersey were bowled out for 195 with Dean Morrison (51) the top scorer.

In reply, Guernsey looked on course for victory at 95-2 from 28 overs but tight bowling put the visitors on top.

David Hooper and Max Ellis failed to find the required 27 runs from Charles Perchard's final over, ending on 181-9.

Jersey spinner Ben Stevens (4-30) starred with the ball to help the reds to back-to-back inter-insular victories.