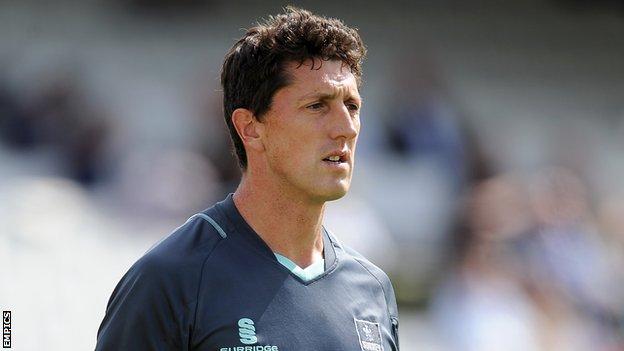 Former England seam bowler Jon Lewis is to leave Surrey at the end of the season by mutual consent.

The 38-year-old was a regular in the club's limited-overs side this summer, but has only made two appearances in the County Championship.

"Jon has been a model professional both on and off the field," Surrey executive director Alec Stewart said.

"The club would like to thank Jon for his services and wish him the very best in the next stage of his career."

The medium-pacer won a Test cap for England against Sri Lanka in 2006, and also played in 13 one-day internationals and two Twenty20 matches for the national team.

This year he took 13 wickets in 10 appearances for Surrey in the YB40 and eight in 12 FLt20 matches, but only managed three on his two Championship appearances.