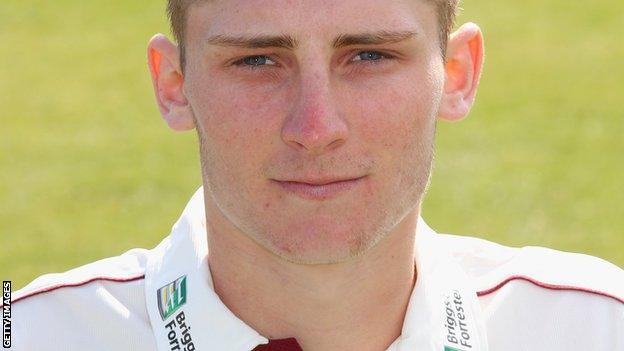 Rob Keogh hit a maiden first-class century to rescue promotion-chasing Northants after a dreadful start against Hampshire at Southampton.

The second-placed visitors were reduced to 32-4 inside 13 overs after being put in by Hampshire skipper Jimmy Adams.

The visitors went into the game 33 points behind leaders Lancashire, who have the week off, and 44 points clear of third-placed Essex, who have a game in hand.

They had to do without in-form all-rounder David Willey (back injury) and loan signing Graeme White, who was hit by the ball during pre-match practice and forced to pull out.

Batting first under cloud cover, Northants were unable to deal with seamers David Balcombe, James Tomlinson and Matt Coles while the ball was still new.

Hall's experience was crucial, however, as they rebuilt the innings and, after the South African departed, Keogh found a new ally in White's replacement, Matthew Spriegel.

He also made his highest Championship score of the summer, sharing an unbroken seventh-wicket partnership of 161.

"After day one, Northants could thank two players who have not been in the headlines for much of 2013.

"Rob Keogh, strong on the leg-side, is only playing his seventh first class match and to make his maiden hundred - and a big one - will be a thorough delight to him. Matt Spriegel had made only 47 runs this year before his half-century and must have been gleeful too.

"Together they could give Northants maximum batting points on the second day, something they could scarcely have thought possible during the highly testing morning session."