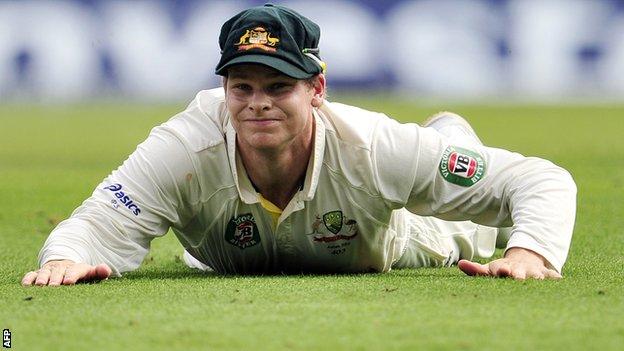 Australia batsman Steve Smith has flown home early from the tour of England because of a thigh strain.

The 24-year-old suffered the injury, described by Cricket Australia as "very minor", during a training session on Wednesday.

The governing body said "After a demanding Ashes series, the national selection panel has decided it is best for him to return to Australia."

Australia won the first Twenty20 international by 39 runs on Thursday.

That series concludes on Saturday in Chester-le-Street before Australia play Scotland in a one-off one-day international and England in a five-game series.

Smith averaged 38.33 with the bat in the Ashes series, including an unbeaten 138 at The Oval and two half-centuries.

As an occasional leg-spinner, he also picked up four wickets at 26.50 runs apiece.

No replacement has been called up by Australia.