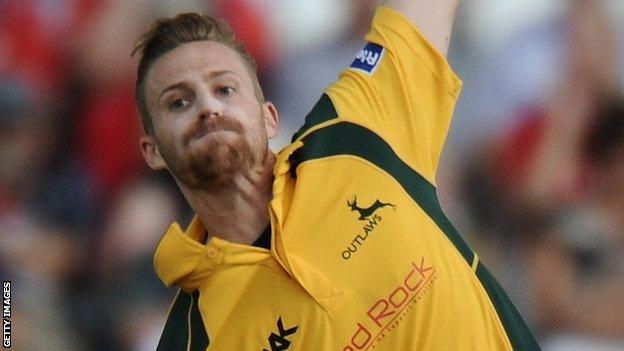 Nottinghamshire spinner Graeme White has returned to Northamptonshire for his second loan spell of the season.

The 26-year-old will be available for Northants' remaining County Championship Division Two matches, but can still represent Notts in the YB40.

He took seven wickets from three FLt20 games for Northants earlier this season, before being recalled.

"And we welcome him back where he will hopefully help us as we strive to gain promotion in the Championship.

"With two County Championship away games left, at venues that could turn, and with Con de Lange still fighting back from injury, we feel this loan of Graeme will give us some balance and cover all options between now and the end of the season."