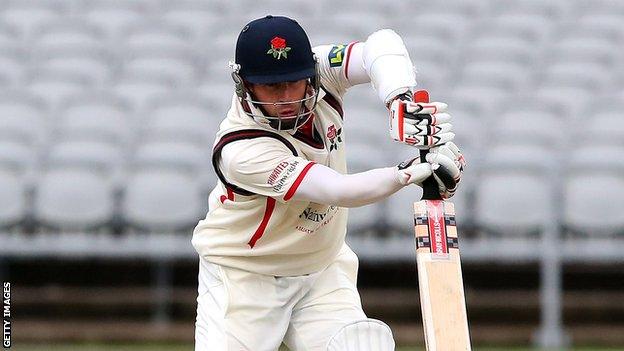 Lancashire enhanced their promotion prospects with another dominant display on day three of their Division Two fixture against Hampshire at Southport.

Lancashire ripped through Hampshire's top order and need three more wickets to secure an eighth win of the season.

Despite a first-innings lead of 211, Lancashire did not enforce the follow-on late on day two and pushed for quick runs on the third morning.

Openers Horton and Luis Reece (65) put on 166 in 31 overs for the first wicket, while Ashwell Prince (38) and Andrea Agathangelou (28) helped to set up a declaration during the afternoon session.

Kyle Hogg and Simon Kerrigan claimed two wickets apiece for the home side, who did not claim the extra half-hour at the end of play, but will expect to wrap up an easy victory on Saturday.