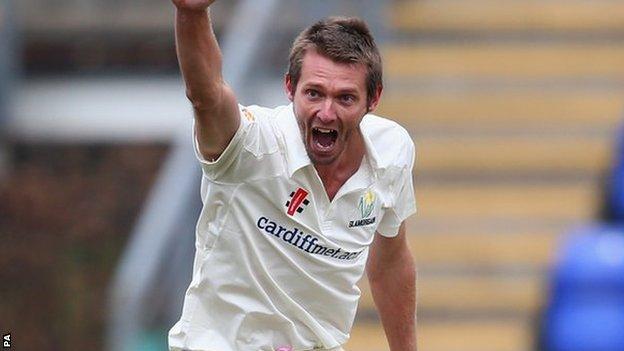 Glamorgan paceman Michael Hogan claimed five of the 13 wickets to fall on the first day of the battle of the bottom two against Leicestershire at Swansea.

After the opening pair put on 67 for the first wicket, Tom Smith top scoring with 40, Leicestershire lost wickets regularly to be bowled out for 203.

Hogan took 5-43, backed by two wickets each for Dean Cosker and Andrew Salter, who struck with his first ball.

But the visitors then hit back before the close, reducing the hosts to 36-3.

Salter became only the third Glamorgan bowler to take a wicket with his first ball in Championship cricket, following in the footsteps of Billy Davies and Jack Johns.