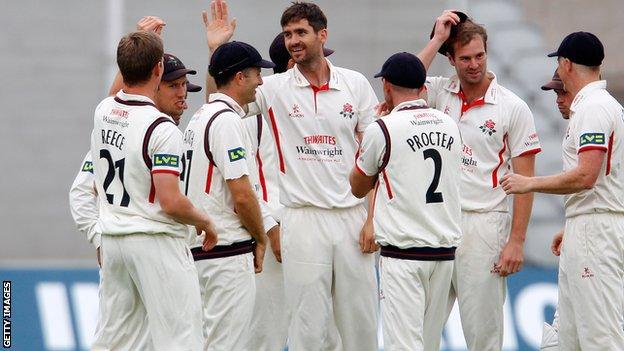 Resuming on 128-5, the Foxes needed 98 runs to make Lancashire bat again after being made to follow on on day three.

But that never looked likely as, after Tom Smith removed Tom Wells, Hogg had Niall O'Brien caught for 50 and then rattled through the lower order.

Leicestershire were all out for 174 to stay rooted to the bottom of the table.

"It's a really good win. We played really, really well.

"It's a step closer to promotion. We've now got six wins and at the start of the season we targeted eight wins.

"We've played good cricket, we've still got an unbeaten record in four-day cricket and we are the only side in the country [unbeaten] so that's a good one to keep working towards."