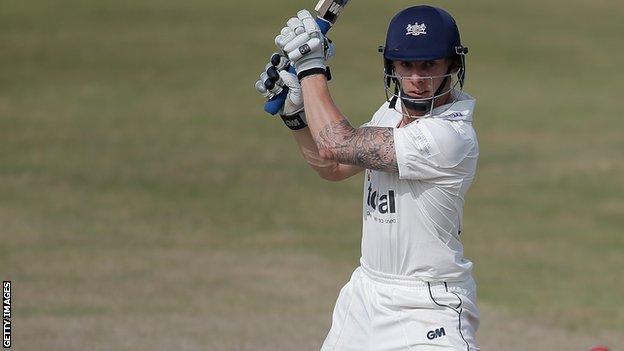 Opener Chris Dent struck an unbeaten 128 to help Gloucestershire to a draw against Northants at Northampton.

The captain was dismissed by Cameron White (1-36) but by then the visitors had already batted their way to safety.

Gloucestershire reached 227-2 before the captains opted to call the match off at 17:00 BST.

The result leaves second-placed Northants 20 points adrift of Division Two leaders Lancashire, while Gloucestershire are a further 27 points back in third.