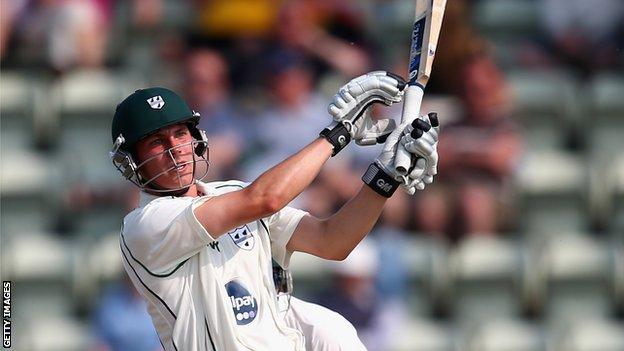 Rain prevented Worcestershire's Tom Fell from reaching his maiden first-class century as his side's match with Kent ended in a draw at New Road.

The hosts resumed on 241-7 with Oxford University student Fell unbeaten on 75.

Rain set in shortly after lunch with Worcestershire on 284-8, and Fell stranded on a career-best 94 not out.

"Watching rain falling for two days is never pleasant. It was frustrating for Kent too as they were seeking to get their championship season back on track.

"Knocks of 90 plus from Ben Harmison and Darren Stevens, together with James Tredwell's first five-for in two years, looked potential match winners."

Tredwell told BBC Radio Kent: 'We played all the cricket in this game, if the rain had held off we would have been pushing for a result.'"