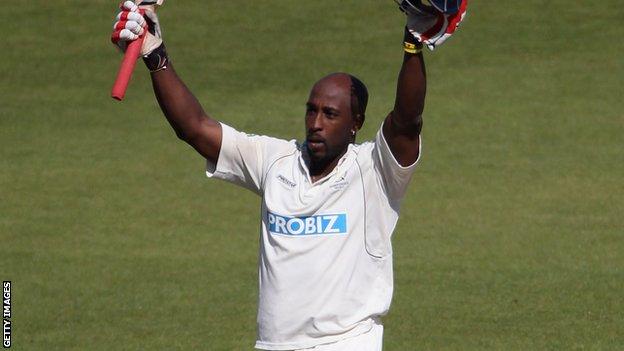 Resuming on 226-4, Glamorgan, were led by Chris Cooke (92) and Jim Allenby (62) early on, with the former making his highest ever first-class score.

Former England international Carberry reached his milestone when he got to 61, but was out shortly after as the draw looks the most probable outcome in Southampton.