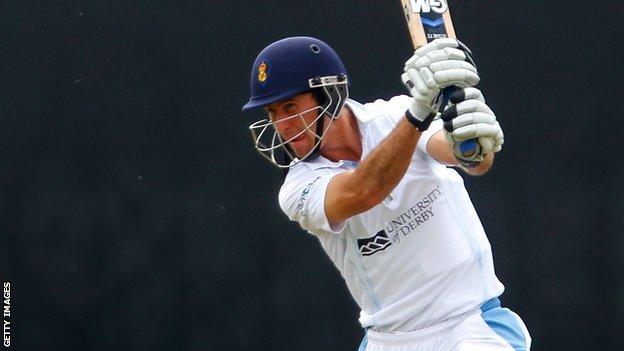 Wayne Madsen scored a fine 97 as Derbyshire fell just short of Sussex's first-innings total to leave the game finely poised at the end of day two.

Madsen batted for just under four hours and had good support from Peter Burgoyne (62no), who scored his maiden Championship fifty in his second match.

In reply, Sussex reached 14-1 by the close to extend their lead to 51.

But they did lose opener Chris Nash, who was bowled by Tim Groenewald.