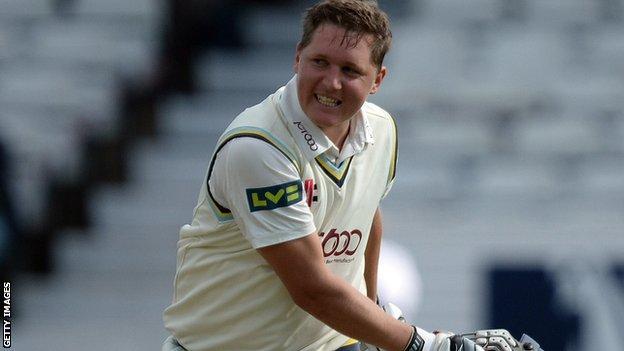 Gary Ballance hit 112 of Yorkshire's 294-9 on a day otherwise dominated by Warwickshire's four-man seam attack, who took all nine wickets between them.

The hosts had looked in control at 100-2 but Alex Lees' departure for 56 triggered a slow bleeding of wickets.

But Yorkshire rallied, the tail adding 37 runs before the close with Steven Patterson and Jack Brooks unbeaten.

"A highly competitive day's cricket with plenty for a good crowd to enjoy.

"Yorkshire were sustained by impressive contributions from Lees and Ballance, the latter completing a classy hundred before falling against the new ball.

"Lees has already served notice of his future potential, while Ballance continues to press his claims for more recognition at England Lions level at least.

"Chris Woakes bowled with great skill and overall it was a very consistent bowling effort that could easily have brought more success more quickly. It feels like Warwickshire have a slight advantage."