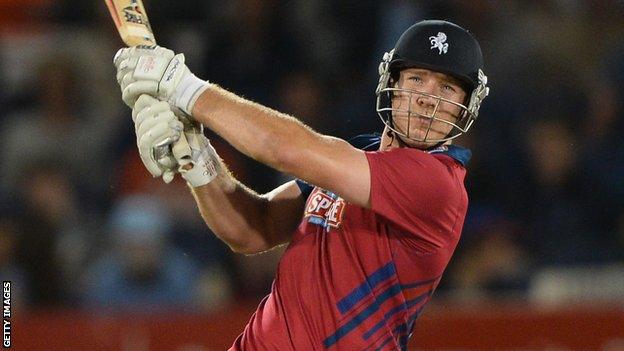 Both sides went into the game unable to qualify for the knockout stages and Sussex were skittled out for 113.

Only three players, including Matt Machan (31), reached double figures for the hosts, while Mitch Claydon (3-22) took three wickets in the final over.