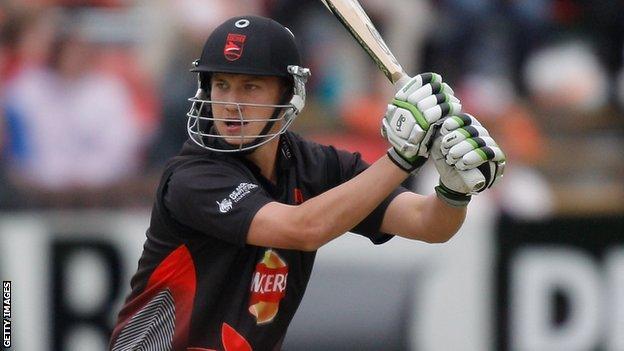 Leicestershire captain Josh Cobb starred with bat and ball as his side secured a 10-wicket win over Yorkshire in their final FLt20 group match.

The 22-year-old tore through Yorkshire's middle order with 3-9 as they crumbled to 105 all out.

Then an unbeaten 52 off 44 balls and Greg Smith's 39 not out saw Leicestershire home in just 12.1 overs.

Both sides were already out of the competition and defeat means the 2012 runners-up end bottom of their group.

Despite his team's disappointing campaign, Cobb demonstrated his all-round abilities in T20 cricket for the second game in a row following his 3-19 against Derbyshire on Friday.

Rob Taylor and Shakib Al Hasan chipped in with two wickets apiece, as only Alex Lees (32) got going for a Yorkshire side who have won just two of their 10 group games this season.