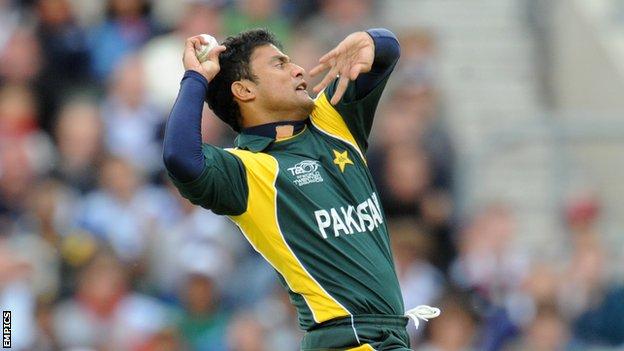 Warwickshire were bowled out for 73, their lowest ever Twenty20 score, as Somerset thumped them by 10 wickets.

Pakistan's Yasir Arafat ripped through the Bears top order, finishing with 4-5, as Warwickshire slumped to 13-5.

Darren Maddy (20) and Rikki Clarke (28) forged a slight recovery but both fell in quick succession as the visitors' innings lasted just 17 overs.

Craig Kieswetter (39no) and Chris Jones (30no) then came out firing and blasted Somerset to victory in 8.3 overs.

After winning the toss and electing to bat, Warwickshire skipper Varun Chopra became Arafat's first victim as he was caught by Jos Buttler for four.

William Porterfield and Laurie Evans then fell in Arafat's second over before he returned to take the final wicket of Boyd Rankin to record his best ever figures in Twenty20 cricket.

Maddy and Clarke were the only Bears batsmen to reach double figures as Warwickshire's hopes of qualifying for the quarter-finals were left hanging in the balance.

They now have six points from their seven games in the Midlands, Wales & West Group while Somerset have eight points with four wins out of seven.