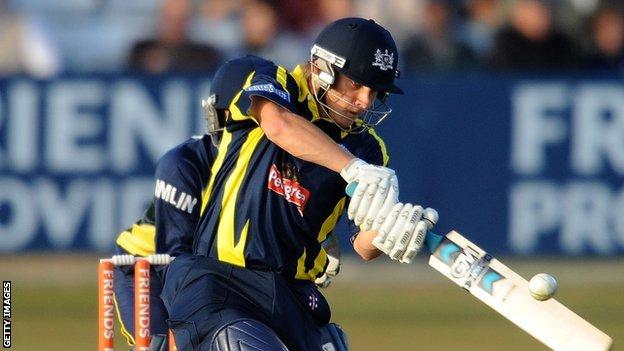 Chris Dent's magnificent 63 not out helped Gloucestershire to a thumping 10-wicket victory over Glamorgan.

Glamorgan were floundering on 31-5 in the sixth over, but a 37-run stand between Marcus North (35) and Nick James (27) improved their chances.

But they equalled their county's second lowest Twenty20 total with 98-9, as David Payne and Ed Young took three wickets apiece for Gloucestershire.

And Dent and Michael Klinger (35) eased Gloucestershire home in the 13th over.

However, they remain four points off third-placed Glamorgan, whose own hopes of reaching the quarter-finals were dented by the defeat at Cheltenham.