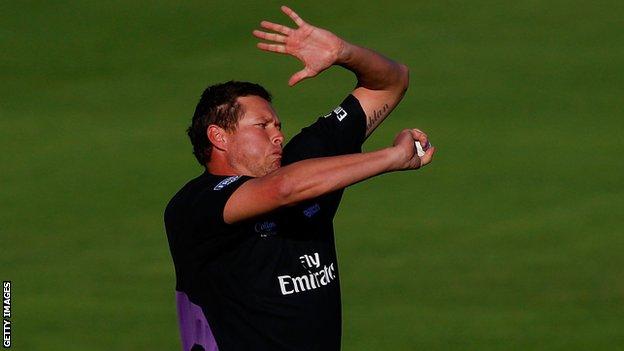 Kent posted a strong total of 143-8, although Neil McKenzie's 47 had Hampshire on course for victory.

Hampshire, who crashed to their first defeat in 17 matches in the competition, looked assured of victory on 124-3 going into the 18th over, thanks to McKenzie and Sean Ervine (27) making boundaries with increasing regularity.

However, impressive bowling under pressure from both Claydon and Phillander saw five wickets fall in the dying moments of the match and gave Kent a surprise win at the Agaes Bowl.

Despite the win, Kent remain bottom of the FLt20 South Group on just two points, while Hampshire remain top, level on points with Essex on 11.