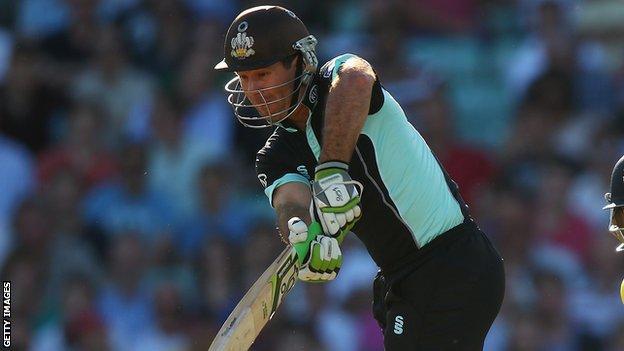 Hampshire claimed a seven-wicket victory over Surrey, who saw Ricky Ponting falter with the bat.

Surrey then lost their next two wickets for eight runs, but Zafar Ansari (29) and Gary Wilson's (28) 47-run stand helped them to a modest target of 126.

The Hawks, led by Jimmy Adams's 30, reached it with 10 balls left to return to the top of the FLt20 South Group.

Sean Ervine (28), Michael Carberry (25) and Liam Dawson (24) also chipped in for reigning champions Hampshire on a night of low scoring at The Oval.

Surrey, meanwhile, who awarded Ponting his Surrey cap before the start of play, lie fourth in the table.