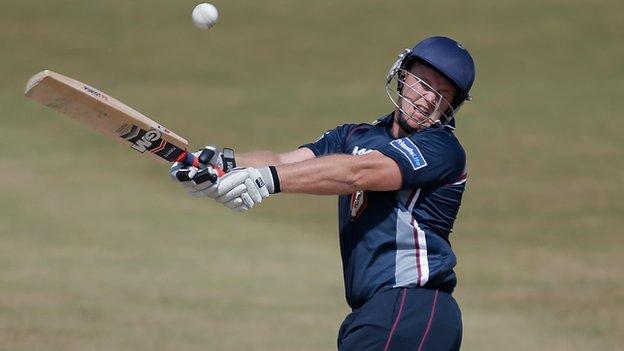 Levi reached three figures off 59 balls and finished with 110 not out as Northants ended their innings on 206-3.

The hosts made a decent attempt to overhaul their total, Ian Cockbain leading the way with 60.

But with left-arm paceman David Willey claiming 4-32, Gloucestershire finally came up short on 189-6.

Second-placed Northants are now level on points with Midlands, Wales & West Group leaders Glamorgan, who have a better run rate, while Gloucestershire are bottom with only one win from six games.