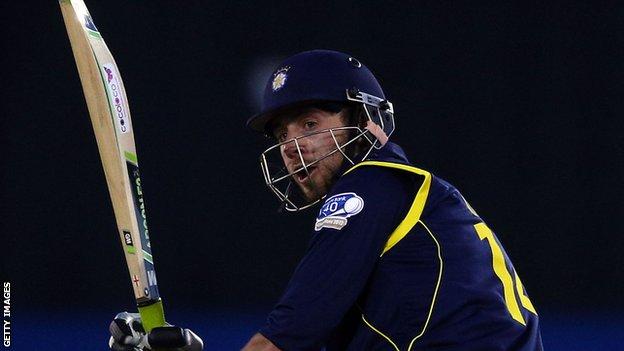 Middlesex opener Dawid Malan had displayed excellent form, hitting 77 off 66 balls, as his side finished on 162-5 from their 20 overs.

The win was almost assured when Vince finally fell to medium-pacer Sandhu in the 15th over with just four needed to win.

Hampshire's comfortable victory means that they leapfrog their opponents, who had been tied at the top of the table with Surrey prior to the game, and remain undefeated in the competition this season.