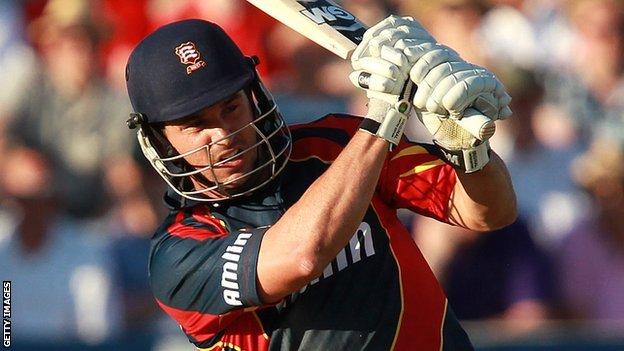 Ryan ten Doeschate's quickfire 42 from 26 balls saw Essex to a six-wicket win over Sussex in the FL t20.

Essex lost opening pair Greg Smith and Hamish Rutherford early in their reply to the bowling of seamer Chris Jordan.

But Owais Shah's 40 and Ravi Bopara's 35 helped the home side close out the win with four balls remaining.

England international Bopara was deemed fit enough to bat after struggling with a side strain, but was unable to bowl.

Sussex still have just one win in the South Group, while Essex were able to recover from their lowest ever Twenty20 score in Friday's defeat by Middlesex.