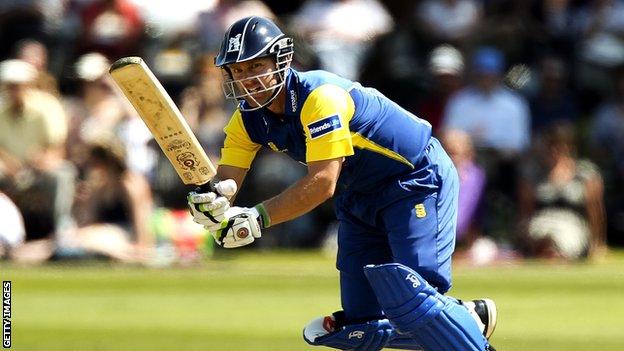 The 39-year-old shared a partnership of 119 with captain Varun Chopra (60) as the Bears chased down their target of 189 with an over to spare.

Moeen Ali smashed 85 off 42 balls and Andre Russell made a rapid 47 not out to help Worcestershire to 188-5.

But the Pears' highest score of the season was not enough as Chris Woakes (28no) and Maddy saw them to victory.

In front of a sell-out New Road crowd the hosts lost Thilan Samaraweera in the second over, but the in-form Ali struck nine fours and four sixes to make his highest score in Twenty20 cricket.

After registering their best total against Warwickshire in the competition, Jack Shantry removed William Porterfield in the first over, but Chopra and Maddy took the game away from the home side to record their first win of the season.