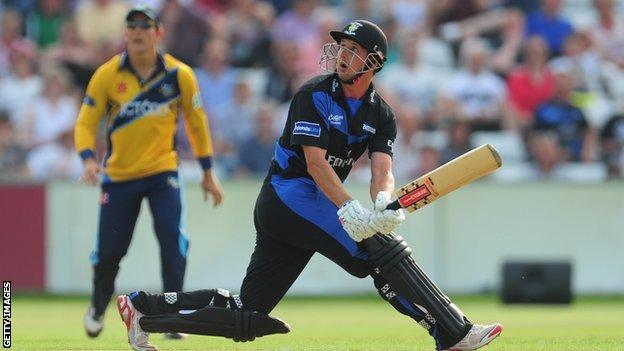 Durham claimed just their second victory in this season's FL t20 thanks to Phil Mustard's 91 from 52 balls against a disappointing Yorkshire.

Mustard fell nine short of his ton when he was clean bowled by Jack Brooks.

Yorkshire's reply got off to a bad start when openers Phil Jaques and Joe Sayers were out in the first three overs to leave the visitors on 12-2.

Gary Ballance offered some resistance but when he went for a T20-best 68 any slim Yorkshire hopes went with him.

Mustard's innings, which included 11 fours and three sixes, was just six runs short of his career-best in T20 cricket.

Defeat leaves Jason Gillespie's side, who lost in the final of last year's competition, with just one win in five games and facing an uphill challenge to qualify from the North Group.