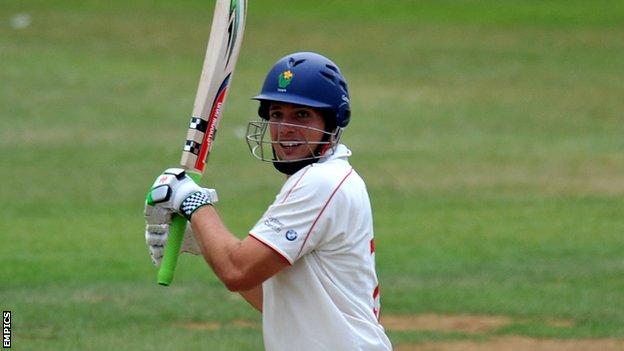 Gareth Rees finished with an impressive 84 not out in his first Championship match this season as Glamorgan fought back against Hampshire at Cardiff.

Hampshire, resuming on 274-5, saw Liam Dawson (72) add just three more runs to his first day score and they were bowled out for 341 before lunch.

Left-hander Rees struck 11 fours in almost four and a half hours at the crease and also achieved a personal milestone as he passed 5,000 first-class runs.

Hampshire rotated seven bowlers, but could not produce another breakthrough as the Welsh county, one place below them in the Division Two table, reduced their lead to 145 by stumps.