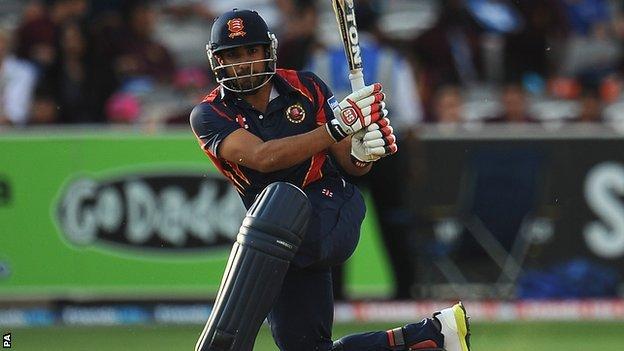 Kent suffered a fifth straight FLt20 defeat as they slumped to a heavy 62-run defeat by Essex at Chelmsford.

Kent made a decent start in reply, reaching 51-0 before a three-wicket burst from Bopara.

England international all-rounder Bopara finished with 3-12, while Reece Topley took 4-26 as Essex claimed their second win in four matches to stay right in contention in the South Group, just three points behind Surrey with a game in hand.

Essex are back in Twenty20 action, again at Chelmsford, on Friday night when they host second-placed Middlesex, who are just a point ahead.

Kent return to County Championship action for the first time in almost a month on Wednesday when they launch this year's Cheltenham Festival against Gloucestershire.