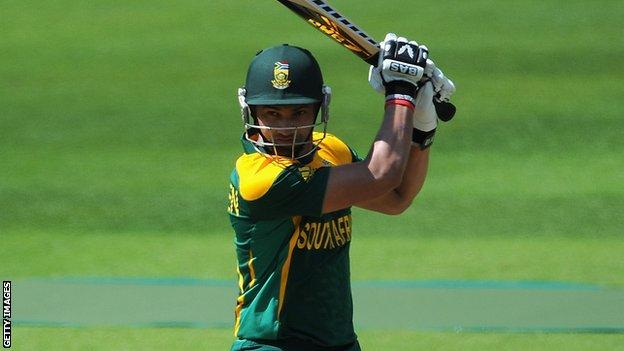 The Steelbacks reached a competitive score largely thanks to David Willey's 47 and Ben Duckett's late 15 not out from six deliveries, including a six and a four from the final two balls.

But Petersen's fireworks took centre stage, finishing with a 19-run over.

It was Somerset's second victory in the FLt20 Midlands, Wales & West Group, which moves them level on points with Northants, who are second in the table.