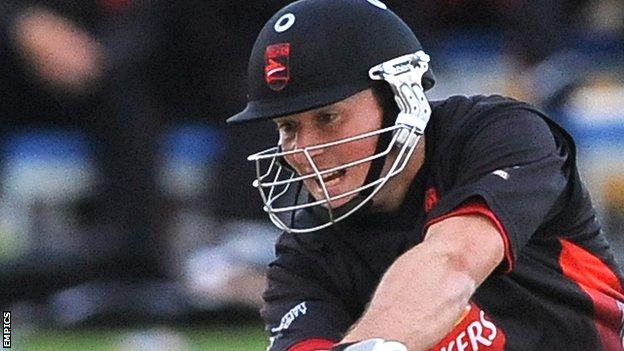 A belligerent 84 from Leicestershire opener Greg Smith was not enough as Lancashire won by just four runs in the FL t20 North Group.

Smith's 56-ball knock, which contained six fours and three sixes, looked like it would be enough for the Foxes as they chased a target of 156.

Earlier, Simon Katich continued his consistent form with 62 not out from 43 balls in Lancashire's total of 155-4.

Leicestershire needed 11 runs from Mitchell McClenaghan's last two balls to win, and although Michael Thornely hit the first of them for six, he was run out after failing to hit the final delivery.