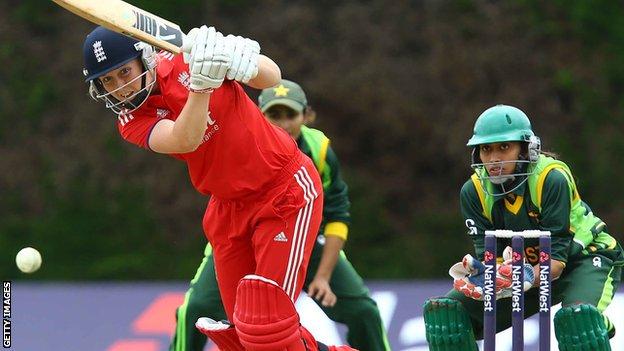 The pair helped limit Pakistan to 156-6 and England comfortably knocked off the runs with 12 overs to spare for the loss of only four wickets.

England captain Edwards made her fourth successive half century, hitting eight fours in her 62 from 71 balls.

Sciver, playing only her second ODI, finished with figures of 3-28 and Brindle 3-38.

Brindle then added a useful 22 at the top of the order with Edwards, in a first-wicket partnership of 72.

The sides now meet in two Twenty20 internationals on Friday, with Loughborough again the venue.