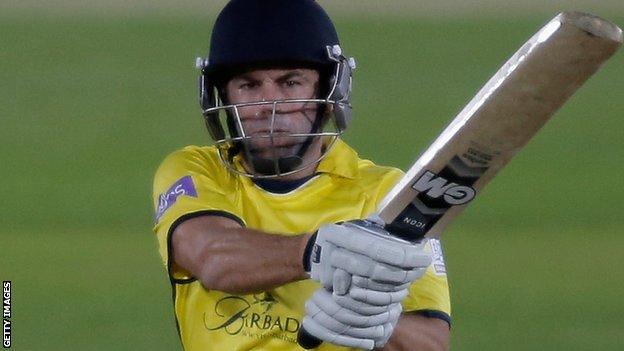 Neil McKenzie hit an unbeaten 71 from just 50 balls as Hampshire earned a five-wicket win against Sussex at Hove.

The South African arrived 12 balls in at 10-2 and was patient, eventually letting loose in the final over.

He struck fours either side of a maximum to take the Hawks past their 146-run target with three balls left.

Sussex's Scott Styris earlier scored 39 not out in uncharacteristically slow fashion to help them reach 145-6 before McKenzie's fireworks stole the show.