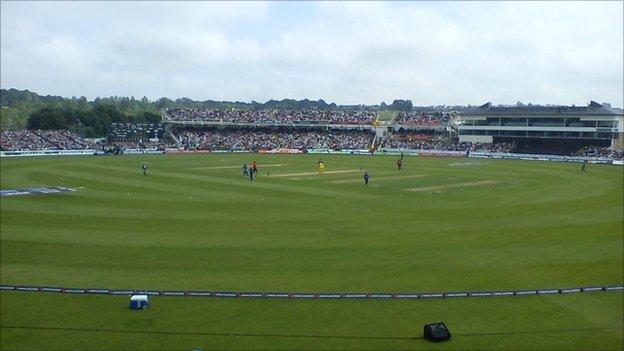 Durham are expected to post accounts showing a near £2m loss for the 12 months up to September 2012.

The county did not stage a Test in 2012, relying on one-day international tickets sales for extra revenue.

This summer's Ashes Test in August against Australia at Chester-le-Street is likely to reduce the losses in 2013.

New seating has been installed to

"We anticipate the best part of £20m in terms of cash generated for the region," said Harker.

However despite the influx of funds, the Test match will only reduce losses rather than turning in a profit.