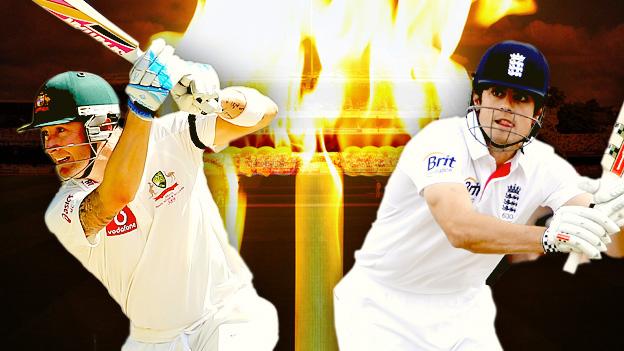 Former Australia captain Ian Chappell feels the appointment of Darren Lehmann as Aussie coach makes sense as "it had probably reached a stage where Cricket Australia decided the team was going to lose with Mickey Arthur in charge, so there was no downside in dumping him on the eve of a crucial series". However, Chappell warns that the tourists need "considerable improvement" from their batting line-up if they are to have any chance in the Ashes.

England batsman Joe Root insists his recent clash with Australia opener David Warner is behind him. Warner was fined and suspended until the first Test for punching Root in a bar during the Champions Trophy, but Root said: "That's Cricket Australia's decision. He's apologised, I've accepted it and we can just concentrate on the cricket."

Australia left-hander Phillip Hughes - dropped for poor form at the top of the order during the 2009 Ashes - may move down to number five after battting there against Somerset at Taunton, but this may make him more of a target for England off-spinner Graeme Swann.

Former Australia batsman Mark Waugh admits the tourists will be "underdogs" in this series, but claims "New Zealand made England look pretty average". However, Waugh feels there is "a big question mark" over the Aussie batting order. He expects Shane Watson to open with Chris Rogers, but says captain Michael Clarke could bat at three, four or five, while David Warner could make a shock return at number six.

Australia's James Pattinson is backing fellow paceman Peter Siddle to "step up" when the Ashes starts, despite taking match figures of 1-117 in their warm-up game against Somerset.

New Australia coach Darren Lehmann "will make his superiors nervous" and does not have a close relationship with captain Michael Clarke, while Cricket Australia officials will be "held accountable" if Australia suffer landslide defeats in this year's back-to-back Ashes series.