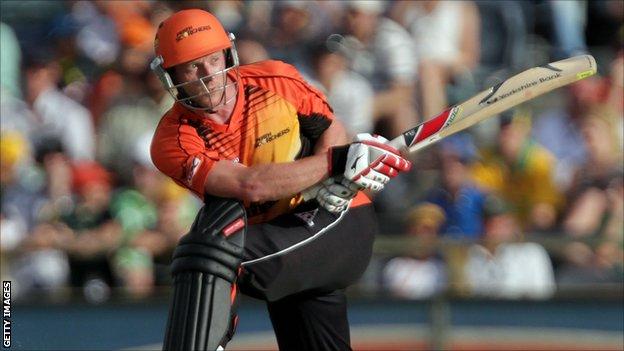 Former England Twenty20 captain Paul Collingwood believes Durham have the quality in their squad to improve their record in the domestic format.

Durham have only made finals day once in 10 seasons of T20 competition, and only twice made it beyond the group stages before bowing out.

"We've not done well in the past but we've got the skills in the dressing room," Collingwood told BBC Newcastle.

"If we can take the right approach we could go a long way."

One-day form has aligned itself with four-day success at Chester-le-Street this season, with only four defeats in all competitions, as first-class cricket's most northerly county seeks to win silverware for the first time since 2009's Championship success.

"It's a lot about the mental side, the frame of mind that you're in and we've a lot of confidence," Collingwood added.

"The form in four-day cricket has run into the one-dayers and we're playing some good, attacking cricket.

"I'm excited about being captain and with the experience I've had in the past with captaincy I hope to bring some new ideas in."

Collingwood has extensive T20 experience, with the England side and also in the Big Bash competition in Australia,

BBC Newcastle has ball-by-ball commentary of every Durham Twenty20 game on the BBC Sport website.