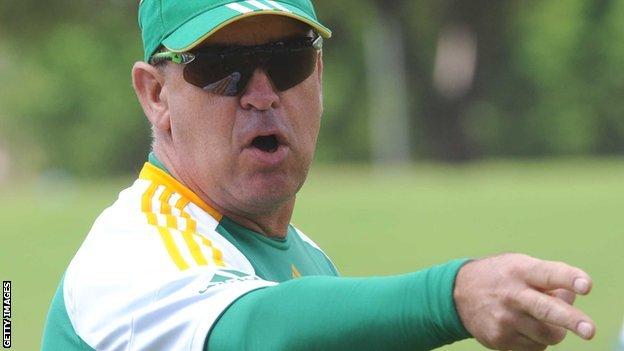 Glamorgan have signed an American fielding coach on a short-term contract to help with their Twenty20 campaign.

Mike Young was originally a baseball coach, but has worked with the Australian national team as well as being a consultant for India.

The 57-year-old from Chicago has just come from a stint in the Indian Premier League with the Kings XI Punjab.

"He's got great energy and a great character," said North.

"It's showing the commitment we've got as a club to each individual competition.

"He's someone we've got for a couple of weeks to work strongly with the [Twenty20] squad and the other guys as well to work on their fielding.

"He's going to be a huge bonus on the field and off the field as well."