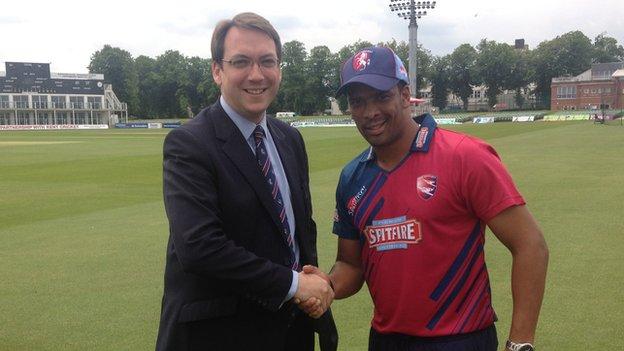 South Africa all-rounder Vernon Philander says his previous experience of English conditions should help him during his spell with Kent.

The 28-year-old, who featured for Somerset last summer and took 12 wickets in South Africa's Test series against England, has agreed a short-term deal with the Canterbury outfit.

He told BBC Radio Kent: "I think the experience over here counts massively.

"The opportunity fitted me well and I'm just excited to get started."

He added: "I hope my experience helps some of the younger guns in the squad and will bring them up through the ranks.

"Hopefully I can make a big difference to the team."

"He will play all forms of cricket and, as the number two ranked Test bowler in the world, that is very exciting," Clifford told BBC Radio Kent.

"You only get one chance at an overseas player and you have to get it right. Sometimes it pays to hold fire and see who emerges late in the piece.

"We were waiting for the visa and the end of the process moved very quickly.

"He is a very experienced player and we want him to do what he does - which is to be a highly skilful bowler.

"On and off the field, everyone will want a player of his quality to play for the club."