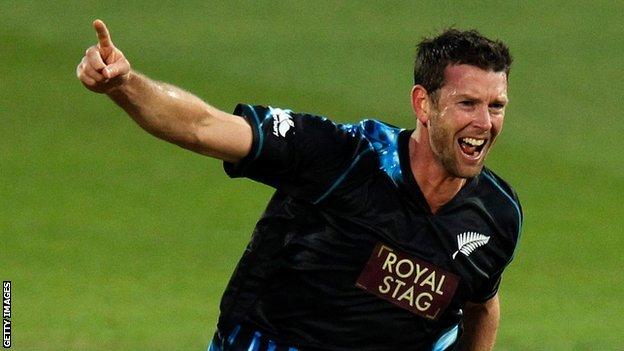 Butler is currently playing for his country in the Twenty20 series against England and will join Notts on Friday.

"Having faced Michael Lumb and Alex Hales in international cricket, I'm certainly looking forward to being on their side," he said.

Butler has previous county experience with Gloucestershire and Kent.

"We knew that several New Zealanders were keen to have a stint in county cricket and Ian was our pick because we needed a bowler with pace and aggression," said Notts director of cricket Mick Newell.

"Ian has a good international pedigree and he was very effective bowling to England's top order in Tuesday's match."

Notts, who have never won the domestic Twenty20 title, start this year's campaign with a home fixture against Leicestershire on Friday.