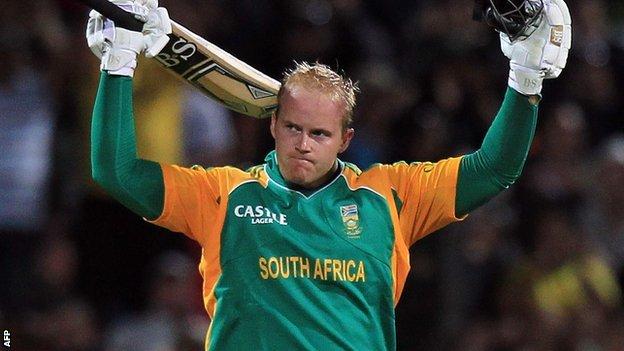 Thirteen of his 15 sixes for South Africa came in that innings.

"We are delighted to welcome Richard to the County Ground as he will add much needed firepower to the top of our order in this format," said Northants head coach David Ripley.

"His willingness to jump on a plane and get over here at very short notice, is testament to his desire to play not just for us, but to try and force himself back into international contention - something we hope this stint at Northants will help him achieve."

He joins Australia batsman Cameron White at Wantage Road as Northants look to reach finals day in the competition for only the second time.