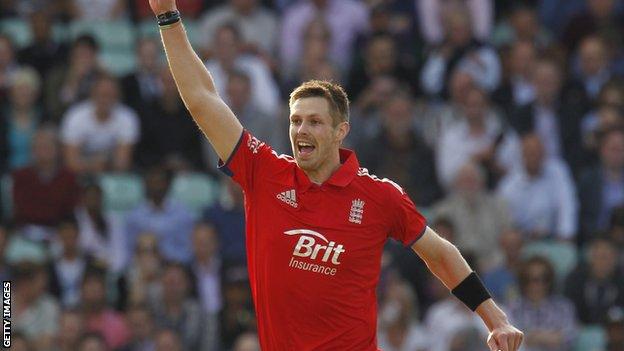 Former Ireland fast bowler Boyd Rankin made his debut for England in Tuesday's T20 defeat to New Zealand at the Oval.

Rankin took the wicket of New Zealand left-handed batsman James Franklin in his very first over and ended with figures of 1-24 off four overs.

The Derry-born paceman played the last of his 52 limited over matches for the Irish in last September's World T20.

Rankin's ambition is to play Test cricket and Tuesday's call-up ties him to England for at least four years.