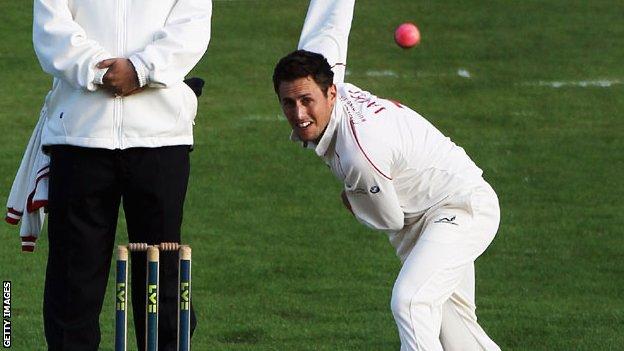 Nick James took four wickets as Glamorgan eased to a comfortable win over a combined clubs team in their warm-up for the Twenty20 competition.

Reserve left-arm spinner James also took a catch and was responsible for a smart run-out as the part-timers were dismissed for 90.

The Welsh county start the Friends Life T20 campaign at Worcester on Friday.

They are likely to have Murray Goodwin, Mark Wallace and Michael Hogan back in their ranks against Worcestershire, along with Simon Jones if he recovers from shoulder trouble.

Glamorgan were forced to work hard for their runs on a slow Swalec Stadium pitch after Allenby had set the pace with a quickfire 21.

North (31) and Wright (39) were the other main contributors, both men retiring to allow the lower order some batting practice.

Newport youngster Imran Hassan was the only batsman to threaten for the Premier League side with 35, James claiming 4-17 as their challenge faded badly once Hassan was out.