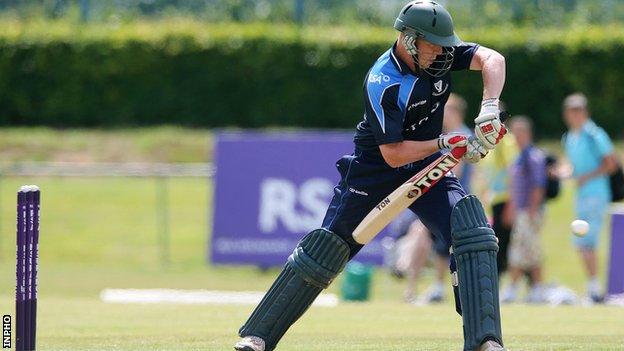 Leinster Lightning dominated the Northern Knights on the first day of their three-day inter-provincial clash.

Leinster posted a first innings total of 364 and the Knights lost two late wickets in reply finishing on 20-20.

James Shannon was trapped lbw for 0 while fellow Irish international Andrew White was caught at second slip from the last ball of the day in Dublin.

Early wickets for Phil Eaglestone (4-93) reduced Leinster to 74-4 before lunch but they rallied strongly.

A fifth wicket stand of exactly 100 in 119 balls between skipper Kevin O'Brien and John Anderson (86) put Leinster back on track.

Stuart Poynter impressed with a stylish 54, and the Knights heads really went down when Eddie Richardson (42) and Max Sorensen (27*) put on 60 for the last wicket for a final total of 364 all out.

The Knights trail by 344 runs and will try to avoid the follow-on target of 215 on Wednesday.