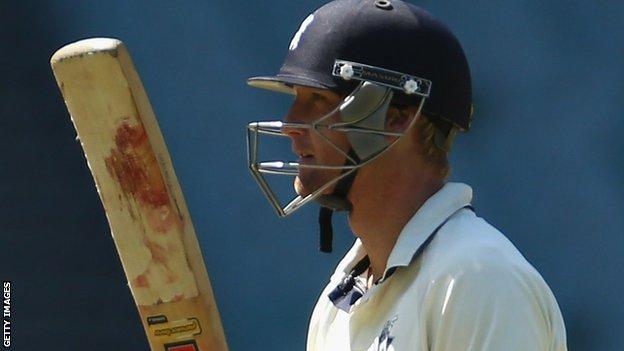 Batsman Cameron White says he is glad to be back at Northants despite their struggles in Twenty20 last season.

The 29-year-old Australian scored 228 runs in eight T20 innings but the Steelbacks won just once in ten games.

"Although I've only been here a few days but the mood in the camp is very good - that goes a long way to winning on the field."

White scored 24 runs in Monday's YB40 win against Worcestershire on his return for the county.

"I spoke to [head coach] David Ripley a few weeks ago and it looked like I'd get that opportunity to have a hit before Friday," he said.

"It was good to face 38 balls and get a feel for it. Every ball in the middle is ten times better than in the nets."

White was last playing for Sunrisers Hyderabad in the IPL, having made a speciality of T20 cricket in recent years.

Northants Steelbacks start their campaign at home to Gloucestershire Gladiators on Friday night.

"It's hard to catch up if you don't win the first few," he said. "Hopefully we can do that but if not we can turn it around pretty quickly. The team lost the first couple in the YB40 and they have bounced back strongly."